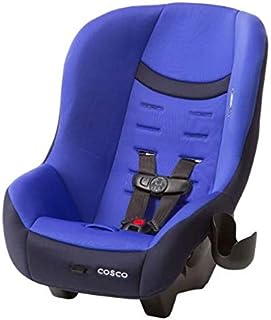 Saturday my earliest son and my heart Kids in Front Seat boy [ages 15 and 11] found myself in a fight. It began as playing and was determined by who would reach sit in the leading seat of the automobile on the drive house from my earliest son’s friend’s house. The play fight rapidly ruined and became a real battle since my 15 year previous is really a whole heck of a whole lot stronger than my 11 year old. It got heated, particularly when the oldest tried to reason with me about why younger one shouldn’t get to stay in the leading seat [age, fat, and an attempted strike under the belt]. The youngest one stood there, hurt from the forceful grip on his arms. Not good.

They equally ended up sitting in the trunk seat and the experience home was spent in silent anger. Until the young one sneezed and the older one automatically said, “Bless you “.Even yet in his frustration and the inequity of the situation, he still enjoys his brother. This one’bless you’helped dissolve my frustration at them both and once we got house I named my oldest in to the laundry space wherever I was folding clothes. Similar to the battle between my kids had opted from one thing to another, so the discussion between people started as one issue and turned into something totally different.

It began with me expressing my disappointment that my son didn’t rise to the event and only allow the little one stay in the front when we have been out in the very first position just to choose him [the older boy] up. From there it segued into my son telling me that what I see as handling is him doing points when he cares. My boy, taller than me and greater and likely tougher, started to obtain emotional. He believed that I didn’t see how much he cares about his siblings. In his brain, he reveals it. But what we see is him trying to provide what he is realized in the matter-of-fact fashion with which he lives his life. Points are prepared and orderly and he figures everybody should make decisions and act in exactly the same way.

Using this position, the conversation looked to people talking about the inner strength of my 11 year old. I told my child so it was likely correct that I actually do, at times, do or let items that to the remainder of my children seem unfair or without basis. My point to my oldest, which for the very first time I do believe he actually understood, was that occasionally I make small concessions for my young boy in order to provide him small bits of delight or victory or happiness. Correct, they’re maybe not meaningful pieces, but to an 11 year old, sitting in the front seat when your big brother is sitting in the back could be a time of delight or victory that someone otherwise might not understand.

And when you yourself have a child that’s an infection, or persistent condition, you look for those little things to compensate for greater losses or challenges. Right or improper, it’s what I really do, and my older son recognizes that now. He also, for the first time, put herself in his brother’s shoes and really considered how difficult things will be if he had exactly the same challenges. It put things in perception, at the very least at that moment.

What exactly does that have related to heroes? Exactly that the complete interchange, from the struggle about the front seat to the final conversation between my earliest child and me, showed me heroic qualities in equally of my boys. It revealed me how young kids are when they start to mask their thoughts and how, the same as people, they often think they are showing the entire world anything they actually aren’t. But oahu is the motives underneath, combined with how they show them, that start to determine their character.

As a parent, I think I helped guide my child through an psychological obstacle on Saturday by talking about it. One conversation generated anything completely various, and using that chance to talk to him about it developed a way for him to consider his own motives and, consequently, for him to start to determine the heroic characteristics within himself.

Misa Ramirez is the writer of the Lola Cruz mystery series: Residing the Vida Lola (January’09) and Hasta la Vista, Lola! (2010) from St. Martin’s Minotaur. A former center and high school teacher, and recent CEO and CFO for La Familia Ramirez, this blonde-haired, green-eyed, proud to be Latina-by-Marriage girl enjoys following Lola on her many adventures. Whether it’s contemplating belly key piercings or visiting nudist resorts, she is generally up for the challenge. Misa is difficult at focus on a new women’s fiction story, is printed in Woman’s World Newspaper and Relationship Authors Record, and has a youngsters’ guide published.